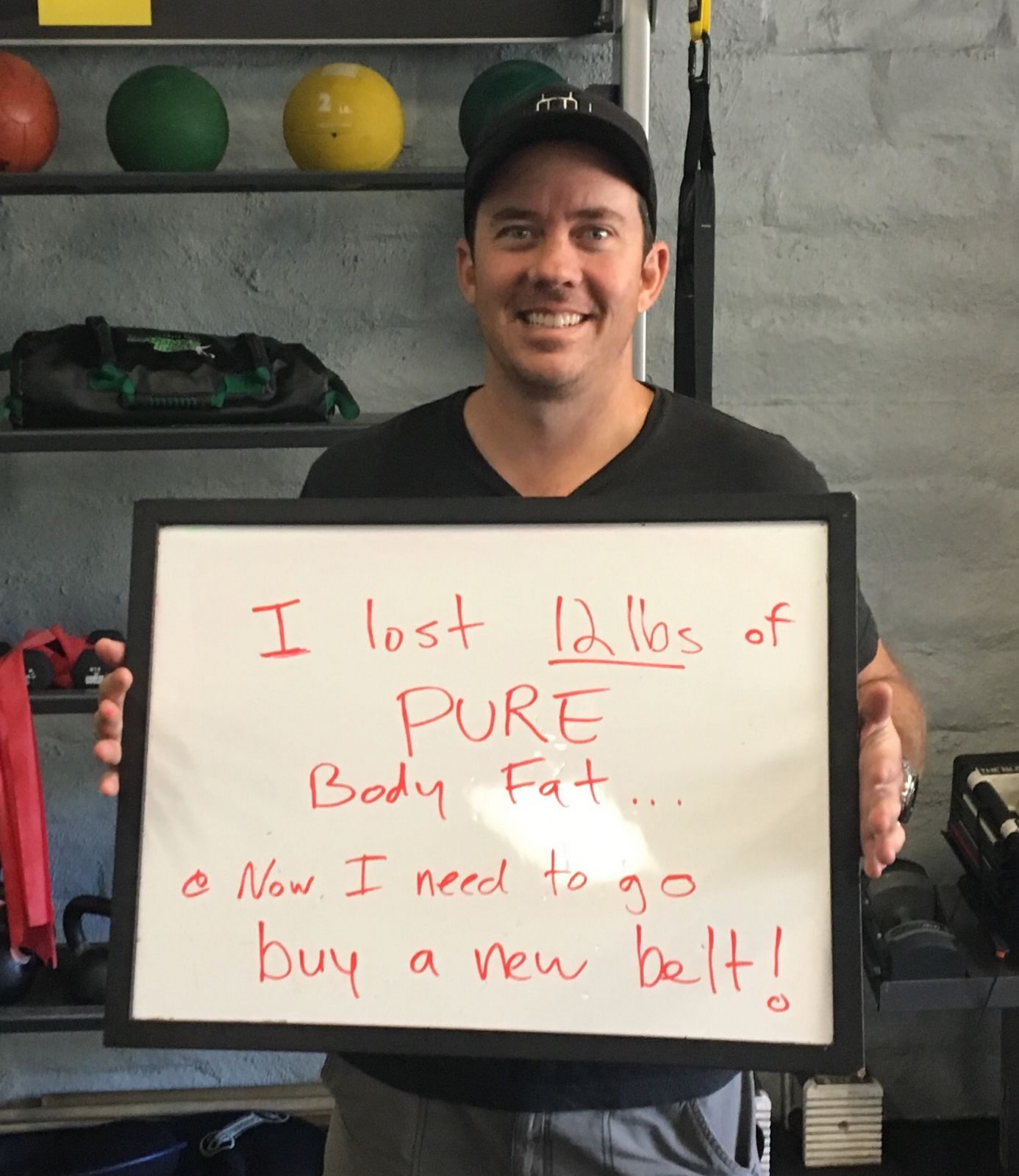 Peter has been with us for a few years, participating in our personal training program in Encino. He trains hard, puts in the work and does a great job.

But, recently, he realized that he needed to take a closer look at his nutrition in order to shed some weight and improve the way his body feels, overall! So, he dove into our 28 Day KICK START, a nutrition coaching program that we offer three times a year, and did an amazing job. He not only lost a bunch of body fat and inches, he learned a foundational approach to nutrition that finally got him the results he wasn’t able to get from other nutrition programs.

In his own words:

“TWO WORDS: LIFE CHANGING. I never thought I’d be where I am today. I had fallen into the slump of “getting older” and genetically predisposed to being overweight. Although I was strong having worked out with Arena Fitness coaches for over a year, I was more than 20lbs overweight. I was also plagued with back and hip pain and battling digestive issues for as long as I could remember.

I’m one of those guys who researches everything and loves to tout my knowledge on certain subjects. But admittedly, I had tried every diet in the book including Paleo, Blood type, gluten free, dairy free, vegan (shortly). And although many of these made significant improvements to my overall wellbeing, they did not fully address the aforementioned issues I was facing with my body. And then I started the KICKSTART challenge…

It was flexible enough that I could still eat the foods that my body performed best on while giving me a plan to take down my weight. I had no fricken’ idea how much food I was overconsuming until I did the KICKSTART. I learned that at most meals I was putting more than double the amount of protein, fats, and carbs then I should have been taking in. The program held me accountable to every bite I put in my mouth. I also learned how the body burns energy and how the size and timing of my meals plays the biggest role in weight loss.

In 4 short weeks, I lost 12lbs of pure body fat. Since I started with Arena Fitness, I’ve lost well over 25lbs of pure body fat while adding lean muscle. I FEEL AMAZING! I don’t have the same back pain anymore. I digestion is not a problem, and for the very first time, someone told me I should eat a donut because “I was too skinny.”

I could not have done this without the KICKSTART system, Stacey Garcia who knows how to get results, and the team at Arena Fitness. Their support and knowledge of the subjects they teach are unmatched. I should know because I’ve heard it all.”

We are super proud of what you’ve accomplished and look forward to being a part of your continued growth!