Never vow to give up chocolate! 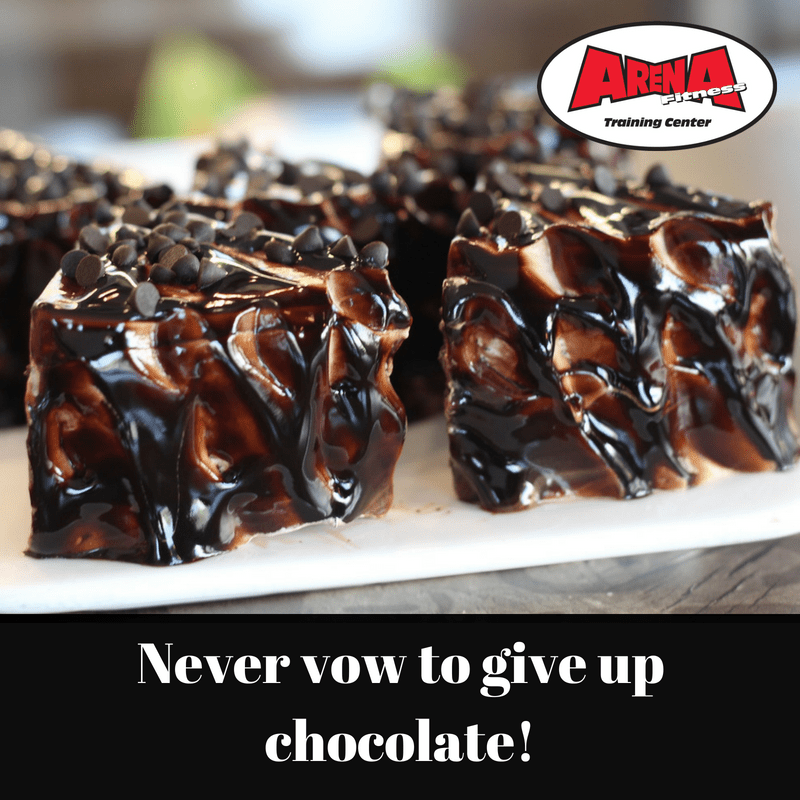 According to Roy F. Baumeister and John Tierney, authors of the book, Willpower:

I covered point #1 in the last post. Diets don’t work.

They don’t work, in short, because severe calorie restriction sends a message to your ancient brain that we have entered a period of famine. In response, your body adjusts it’s metabolic rate downward in anticipation of a period of time during which fewer calories will be available. Your biology is smart. It knows that humans don’t, by nature, choose to starve when ample calories are available, so when you jump into a deep calorie deficit it assumes this is because food is scarce.

Hunter-gatherers didn’t diet. They ate whenever they could and the only reason their intake lessened was because there wasn’t anything to eat.

It is inconceivable to your natural biology that you would, by choice, starve. So, when you diet, it protects you by reducing your metabolic demand. It’s a little more complex than this, but this is true in a nutshell.

The net effect of this is that diets have an extremely high failure rate because they, quite simply, go against your biological nature.

#2 – Never vow to give up chocolate or any other food

If dieting doesn’t work, how about just swearing off chocolate or other “forbidden foods?”

That’s not going to work, either.

First, let’s assume you really enjoy these foods you’re swearing off. It’s one thing to commit to avoiding foods that aren’t on your playlist, but if you outlaw certain favorites, what’s going to happen? At some point, you’re going to be at the office or a party and be confronted by these foods. What’s your strategy? Clench your fists, hold your breath and white-knuckle it until the party ends?

First, struggling to avoid eating the available, outlawed foods will deplete your reserve of self-control, the biological effect of which is to deplete your blood glucose and it’s ability to fuel the brain’s neurotransmitters. Your brain, needing neurotransmitters to function, will then push you to restore the depleted glucose AS QUICKLY AS POSSIBLE and you’ll, you guessed it, you’ll tackle the cupcake you were expending so much willpower to resist. Or something similarly sugary.

Second, having reduced your daily stipend of self-control during the cupcake quandary, you’ll be sufficiently depleted of willpower such that, upon facing the next challenge, or the one after that, you’re likely to crumble.

The bottom line is that if your strategy for dieting and resisting temptation is through a sheer force of willpower and self-control, science and research tell us that you’ll fail. Americans point to a lack of willpower as the number one reason they struggle with achieving goals, according to the American Psychological Association. I come across this all the time in my conversations with prospective members of Arena Fitness.

But to concretely quantify and define willpower as an entity is tricky, despite the fact that enormous amounts of research have attempted to do so.

Numerous studies show that willpower and self-control (the terms are often interchangeable and/or related) are finite resources, though there are many factors that make up individual limits of self-control.

According to APA (American Psychological Association) most psychology researchers define willpower as:

Willpower is the capacity to have a measure of control over your behavior and desires.

According to Roy Baumeister, one of the chief willpower researchers:

You don’t have different “buckets” of willpower; one for work, one for family, one for health, one for finances.

You have one bucket of willpower and everything in your life draws from that same bucket.

So, when you have to resist telling the co-worker you can’t stand to “Shut up, for God’s sake, SHUT UP!” it draws from your willpower reserve.

When you force yourself to pull away from whatever Kardashian-fueled apocalyptic nightmare is currently hijacking social media to get back to answering emails you hate, it draws from your willpower reserve.

When you SPRINT by the bowl of M&Ms on your co-worker’s desk at high speed to keep from grabbing a fistful, it draws from your willpower reserve.

When you have to make a series of really challenging but crucial decisions about your finances, it draws from your willpower reserve.

Put too many demands on that bucket of willpower and, like a drawn-down smart phone battery, it will run out of power. Then, the next test you face will likely result in defeat. You can’t lean on your willpower forever and expect it to last. At some point, it breaks.

Kelly McGonigle,Ph.D, author of The Willpower Instinct, posits that we have “I will” power, “I won’t” power, and “I want” power. It’s not just a matter of regulating self-control but training yourself to remember your ultimate goals instead of leaping toward your immediate desires.

And then there’s brain chemistry to consider. Facing temptation, according to McGonigle, can trigger your stress response and hijack your ability to self-monitor and make rational decisions as well as nudge your brain toward taking the easiest course of action, which is often to not resist. Dopamine is a player, too. It gets released when you anticipate a reward (like a slice of cheesecake in the pastry case) and is a powerful motivator to satisfy urges.

One thing is certain, your ability to say “no” to temptation and say “yes” to actions you don’t want to take but know are in alignment with your goals is limited. This appears to be related to energy and blood glucose levels, but there are a lot of factors that will contribute to or detract from, your finite amount of willpower.

Things that deplete your willpower:

You are not a limitless reserve of willpower, so if your primary plan of action for change is to gut it out, you’re sunk. Which leads me to…

#3 – Never equate being overweight with having weak willpower

Failure to lose weight and manage weight loss, then, is a failure of STRATEGY, not willpower.

This isn’t a character issue. This is a biological issue. You can stop bludgeoning yourself for being weak. You’re not weak. You just didn’t know willpower wasn’t impenetrable and that you need to manage what you have.

“One thing the science of willpower makes clear is that everyone struggles in some way with temptation, addiction, distraction, and procrastination. These are not individual weaknesses that reveal our personal inadequacies— they are universal experiences and part of the human condition.”

We all struggle with willpower and self-control. On the plus side of things, willpower CAN be strengthened.

Here are some strategies for increasing and improving your willpower:

Basically, the things that are good for overall general health and well-being apply to your willpower, too. Isn’t it amazing how these same concepts keep reappearing in every area of our lives?

Diets don’t work because they go against normal human biology.

Willpower is a finite resource that can be easily depleted under challenging circumstances.

If you are struggling to lose weight, it’s not a character deficiency, it’s a failure of strategy and planning.

Now that we know what doesn’t work, next, we’ll look at what does.